How to make taxidermy work for you 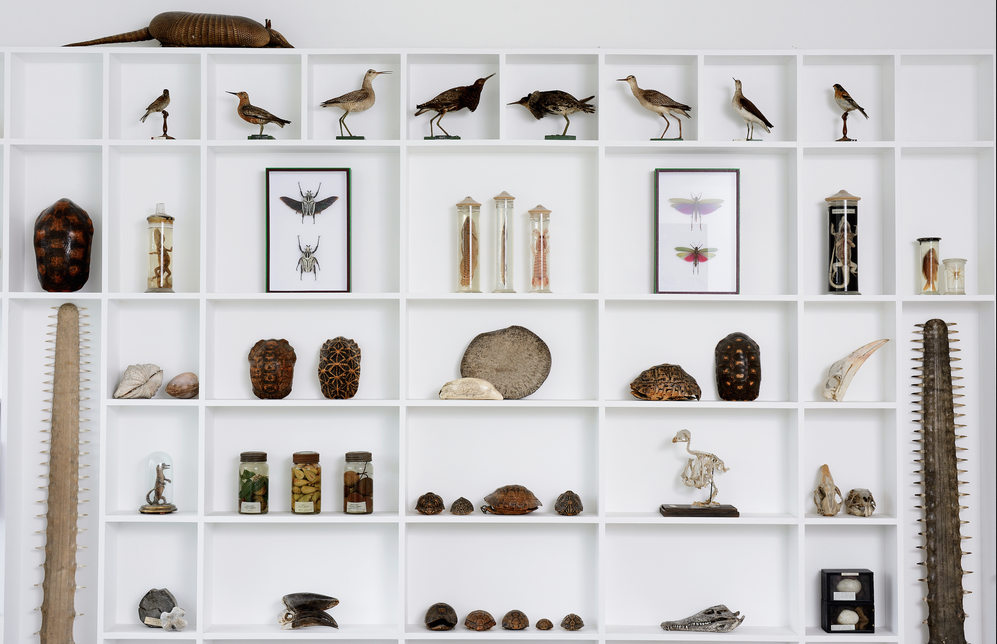 Leading expert Alexis Turner has been collecting natural history for more than 20 years and owns London Taxidermy, a company that hires and sells pieces with clients ranging from the Harry Potter movies to photo shoots for Vogue via private individuals. He talks what to buy, why and the value of taxidermy as a statement and investment piece.

Why is taxidermy popular right now?

It’s been bubbling under since the 1990s but in the last 10 years people’s confidence has grown. It started with artists like Damien Hirst and tastemakers like Alexander McQueen, who was using taxidermy on the catwalk in the 1990s. Once you have fashion and art, there’s an automatic increase in interest which adds value. It snowballs, and now even high street labels feel confident about using it: one of my biggest clients is the fashion brand Hackett who use it in store and in their windows.

It has a lot to do with modern rules on taxidermy. You can’t kill anything to stuff it, even unprotected species. Buyers nowadays can be fairly confident it died naturally – in the sense that the major causes of death for British wildlife are cats and cars. I find it interesting to hear owners of those protesting about the destruction of wildlife. Tropical animals, such as birds, giraffes, lions, zebras and so on come from wildlife sanctuaries in the UK and elsewhere. If you get a lion from SA for example it has to be captive-bred and died naturally. If you shot it yourself you could stick it on your wall at home but you couldn’t sell it or display it publicly.

What has changed about modern taxidermy?

It’s about presentation. The interior of my studio is very modern, and it shows how pieces can work with a very contemporary style. It’s all very clean, not old and tatty, and everything is good quality. The old perception is of boggle-eyed foxes and moulting birds, like you might find in a country house attic.

Is it having a moment, and therefore could it fall out of favour again?

It slightly depends on what you’re buying. Things do come in and out of trend of course – for example the value of tiger skin rugs went up and up, then one auction house decided not to sell them anymore and prices dropped. If you’re buying a rabbit it’s not going to go up in value. Interesting historical taxidermy has retained its value, one-offs by world famous taxidermists like Walter Potter. Quirky things like frogs playing cards were worth £50-£100 20 years ago – now they’re in the thousands. You could barely shift domes of tropical birds – now they’re worth £4,000-£5,000.

So it’s about individuality?

Definitely. It’s difficult to make an interior look unique these days – people are buying from the same places. All natural history, not just taxidermy but also butterflies, skeletons and so on, is fascinating. It’s not only beautiful like a picture but also intriguing. Everyone is interested in the natural world – you just have to look at the success of TV programmes. It’s strange not to reference the living world in your house, whether it’s in a painting, photograph or object.

Can you have a natural history piece in any kind of private home?

I think it works brilliantly in minimalist interiors. One amazing piece really lifts a clean décor. It can also work in an eclectic interior as part of a much more cluttered look but in a modern interior it has real impact. A zebra head in a dark Victorian room is part of the room but in a very new interior it looks like a work of art. In fact I just sold a zebra head to a couple who chose it over a painting of zebras because of its impact. It is about having something odd, a bit different. I have a friend who has an entire wall of bad taxidermy – terrible wonky fox heads. One is awful, a whole wall is very funny and very good.

What items are popular?

Zebras are always popular because of their striking markings – they retain their value. But impact pieces in general like a giraffe head on a staircase, a hippo skull on a coffee table. Anything that is a source of interest, that invites comment.

Is it important to check quality?

If you are buying vintage, absolutely. I used to, and you can, buy at auction and refurbish them but an old stag’s head with its hair falling out is worth nothing. You have to be exceptionally careful – you must inspect the item before buying, as the auction house might not know what to look for. You need to look out for loose feathers or hair below the piece. Bug casings in the floor of the case or on the animal are always signs of an infestation. You really don’t want to introduce things like clothes moths or museum beetles into your house. If you buy a modern piece from a reputable dealer you won’t have this problem but even so you need to keep an eye on your piece when you get it home, spray insect repellant around it every so often. Vintage also taps into questions of provenance – I only use people I know and trust. Taxidermists today would not risk their careers on things that are illegal.

Are there any ‘rules’ for using natural history in decor?

You need to avoid kitchens and bathrooms for reasons of condensation. Toilets can be ok – I found a flamingo for a stunning loo. Don’t put your piece above a radiator, just like you wouldn’t with a painting, and keep the heating turned down if you can. Don’t let the piece dominate the space – make sure it has adequate room. You can have an owl or a crow in a bookcase as a quirky little aside but I feel impact pieces need space. Think about presentation – a skull on its own is a skull but a skull on a plinth is a sculpture. You also need to be aware that while it’s always a point of interest, it invites comment in a way that art doesn’t – people do feel they can say exactly what they like. I have a very modern cabinet of curiosities which contained two antique turtle heads that I found very beautiful, but they attracted so much negative comment my wife wasn’t comfortable, so I took them away.

Do you advise your clients on what to buy?

I do, yes. I advise them on what to buy, where to put it and I would always say if they could find a better version of it. There’s something about taxidermy: people are very drawn to it, they know what they want.