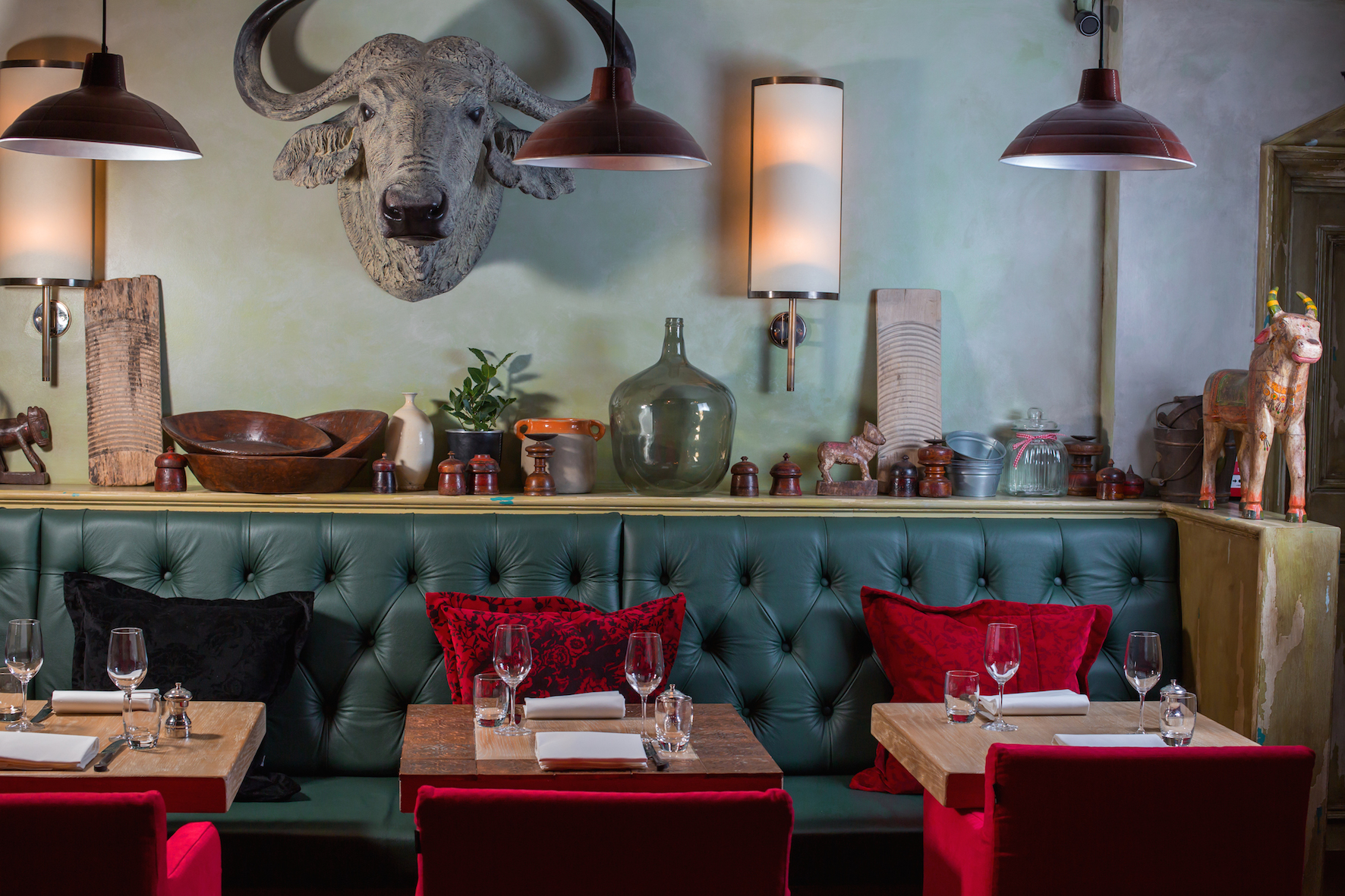 In the last 22 years Arkady Novikov has opened 50 restaurants in Russia. That’s right, 50, and as far as I can tell every single one has been a roaring success. His initial attempt, Sirena in 1992, was the first fish restaurant in Moscow and featured an under-floor aquarium. Yes indeedy.

He opened his first London restaurant in 2011, the eponymous Novikov, which was roundly panned by critics and has been full ever since. I also visited in 2011 – it’s a huge space on Berkeley Street (the Italian section has 130 covers, the Asian 150 covers and the lounge bar 155) where I had superb lobster ravioli and I’m afraid I thoroughly enjoyed the over-excited décor and fabulously blinged-up fellow diners.

I’m predisposed to like Novikov’s style, not so much the terrifying prices but the attention to detail and the fact that it’s not yet another brushed-wood, provenanced, oh-so-tasteful restaurant which looks like a posh, Volvo-driving Oxfordshire kitchen and creates food I can make myself. I’m clearly not the only one. Three years after Novikov restaurant stuck its fingers up at the arbiters of broadsheet taste, Arkady is on his third London venture, a steakhouse called Rextail. It’s another big basement joint, and this time is both reasonably priced (for London – steaks start at £19) and features brushed wood. Damn.

There are stuffed bull heads on the wall and long, comfortable banquettes, all very ‘smart steak house’. But no need to panic – the obsessive attention to detail, excellent service and serious wine and food chops were all present and correct. Plus the toilets were lovely, and the clientele highly international and set on having a good time. It made for a buzzy atmosphere and generally set the tone for a pleasurable evening.

I started with Norwegian king crab and avocado salad, which sounds rather anaemic but was richly delicate. My partner had yellowfin tuna tartare with koshu dressing and pickled cucumber which was less exciting than it sounds – a bit too polite. Naturally we went big on beef for the next course, American USDA fillet steak for me and Tipperary rib eye for him. Both were excellent and came with extremely crispy allumette chips, garlicked spinach and vividly green beans. We finished with a Lavender crème brulee which managed to use the herb’s distinct flavour to great effect without being old-lady perfume-ish.

We asked the sommelier to choose by glass for us. God he was good at his job. I wrote down the names of the wines – four different ones – and promptly lost my notes. Let’s just say each one was excellent and original and added to the pleasure of the meal, as great wine always should.

If you’re interested in seeing what all the Novikov fuss is about without wincing at the price tag and also seeing just how international London is now, Rextail is well worth your time and money.