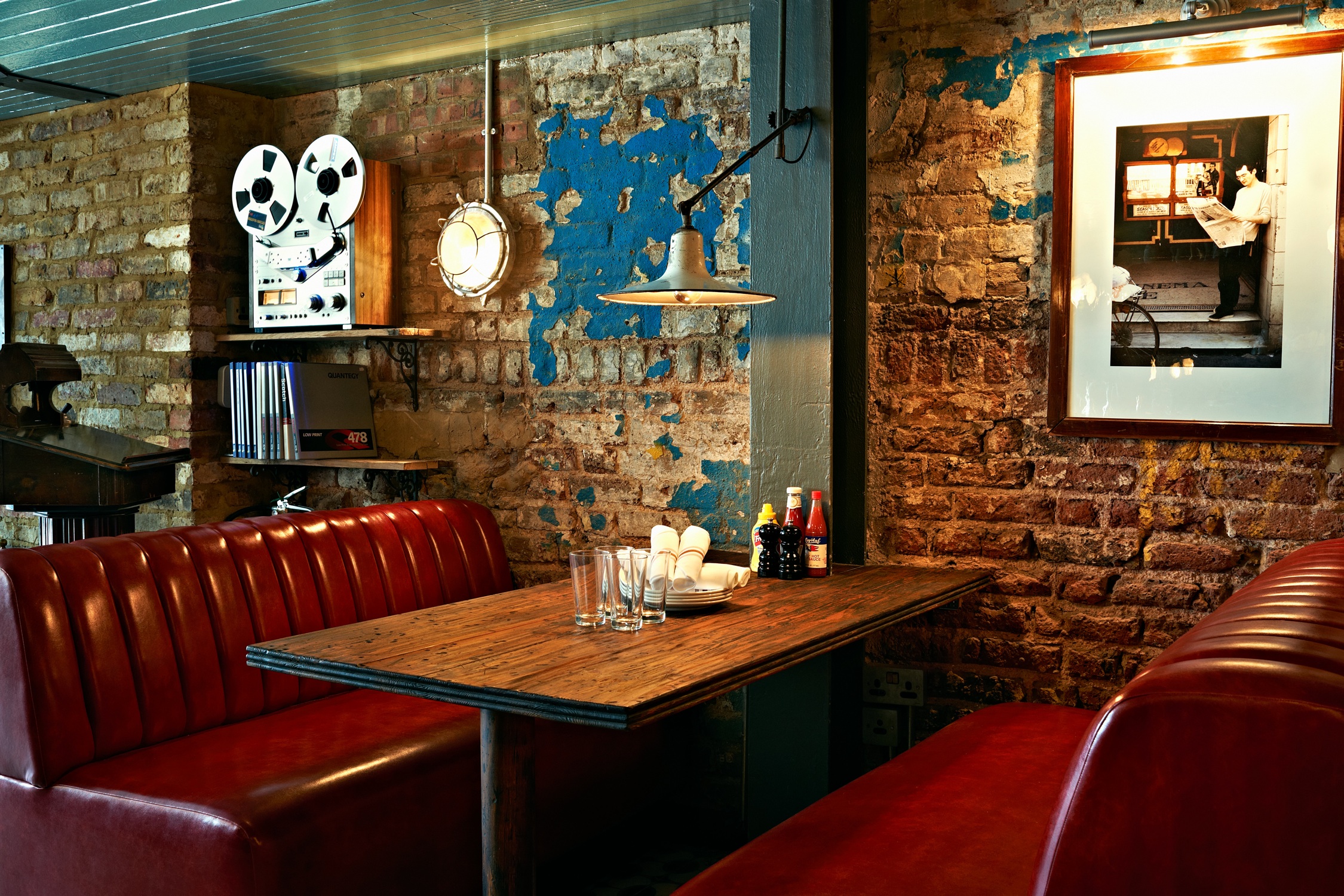 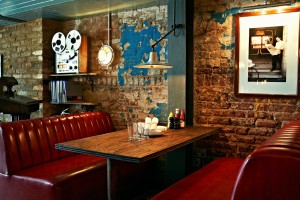 The Electric Diner has been a focal point for Notting Hill-billies since 2003 – you probably can’t count yourself as a West Londoner unless you’ve had at least one bad date or raucous dinner party there. Part of the uber-cool Electric group (which includes the cinema and private members’ club, owned by Soho House), it served reliably good bistro fare. However in the summer of 2012 it was devastated by fire, and since then the locals have been watching with bated breath, waiting to see what would rise from the ashes. Its latest incarnation has seen it go full-on ‘dude food’, and by golly it’s good. Top Chicago diner Au Cheval had a hand in the menu, which features burgers, bologna, blue cheese sandwiches and a towering lemon meringue pie. We tucked into buttery Eggs Benedict, a mountain of sweet pickles, blissfully crunchy rosti and fat, juicy roasted tomatoes scattered with steak salt. My (somewhat hungover) partner tried a rib sandwich so good he rolled his eyes to heaven and stated, “This is the Best thing I have ever eaten”. We finished up with a slice of true Americana – a root beer float, one of those dishes which is far more than the sum of its parts. With the windows open onto Portobello Market and the sun shining on the slouchy, industrial décor, it’s a perfect place for a bite – and the locals are back in force.