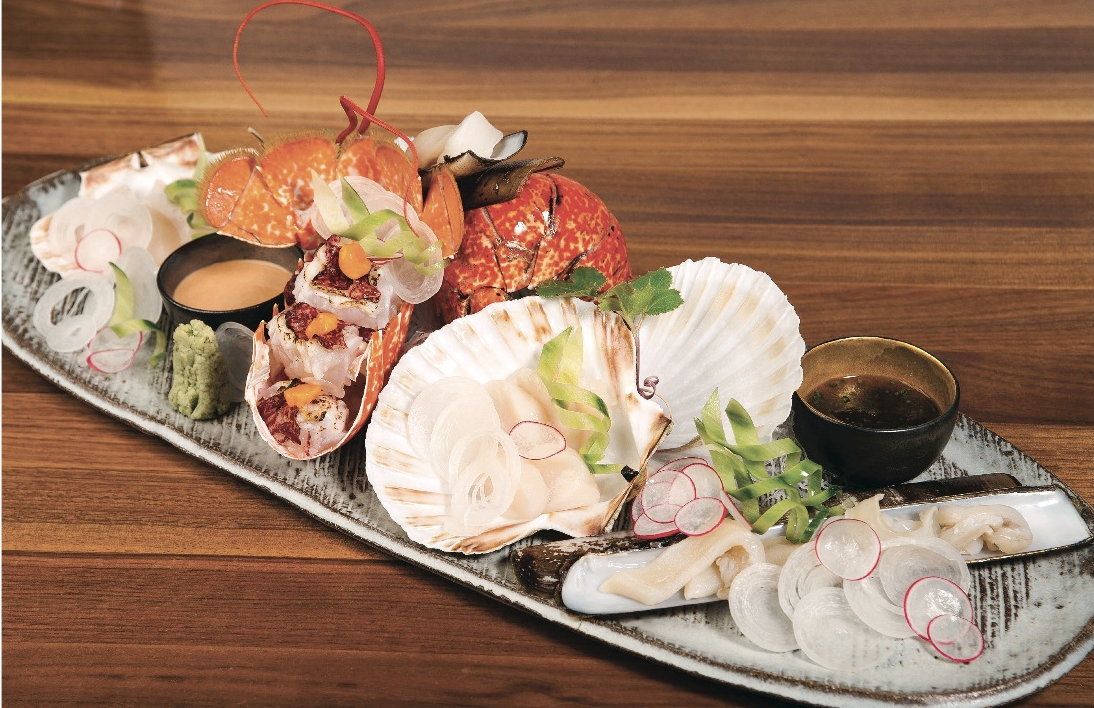 “London’s dining scene just gets better and better. Some of the hottest launches this year include the stable of fabulous, high-end restaurants opening in The Shard.”

A feature on London’s most exciting new dining experiences for IN London Magazine, Arabic version. The English translation is below the pages. 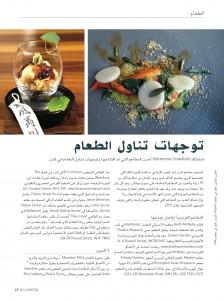 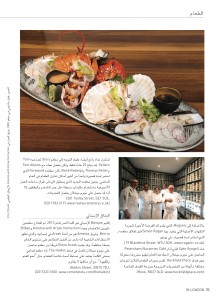 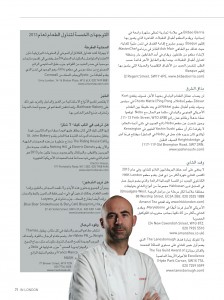 One of the most exciting launches this year is Oblix at The Shard. From the award-winning team of Arjun Waney and Rainer Becker, Oblix is situated on the 32nd floor of London’s newest and tallest building. It has a music and cocktail lounge, a New York ambience and  offers slow-roasted meats from a charcoal grill and plenty of classic dining dishes. If this all sounds a bit ‘man food’ for you, don’t worry. The Aqua group, which owns Aqua Kyoto, Aqua Nueva and Aqua Spirit in Argyll Street, is opening another elegant restaurant in the building. Look out too for a high-end Chinese restaurant, Hutong (32 London Bridge Street, SE1 9SY. www.the-shard.com).

McNally is not the only high-profile name offering bistro-style dining. Building on the success of his Mayfair eaterie, Russian celebrity chef Arkady Novikov has opened Brompton Asian Brasserie, which offers pan-Asian all-day dining – and even a grocer for smart take-out (223-225 Brompton Road, SW3 2EJ. 020 7225 2107).

The talented Eric Chavot has returned to London at The Westbury Hotel in an immaculate new dining room, and you can try his top quality cooking, focusing on contemporary and classic French cuisine. (41 Conduit Street, W1S 2YF. www.brasseriechavot.com).

Following the huge success of Pollen Street Social, Jason Atherton has continued his ‘informal fine dining’ idea with the Little Social – a traditionally French bistro opposite Pollen Street Social – and the Social Eating House. Working with chef Paul Hood, Atherton says, “I want it to be a social restaurant where the surroundings are as vibrant as the food”. It has a bar and dining across three floors, where you can try dishes like duck, egg and fries or honey sponge with goats curd ice cream. (58-59 Poland Street, W1F 7NR).

Say no to meat

Dining expert Maureen Mills says, “You will see more and more dishes with the focus on interesting vegetables treated in novel and delicious ways.” Great places for vegetable lovers include Michelin-starred Gauthier Soho, Pied à Terre and The Ledbury, plus Roganic, which offers a last chance try the original flavours pioneered by Simon Rogan before his short-term restaurant closes in June (19 Blandford Street. W1U 3DH. www.roganic.co.uk).

Syke Gygnell – who ran the Michelin-starred Petersham Nurseries Café – returns later in the year in a joint venture with Heckfield Place. The three dining rooms will serve heritage varieties of vegetables from the hotel’s own farm (Hook, RG27 0LD. www.heckfieldplace.com).

Another exciting launch will be Tom Sellers’s Story. He is only 25, but having worked with Tom Aikens, Thomas Keller and René Redzepi, his short-term restaurant, Foreword, was one of the most popular places to eat last year. His new full-time restaurant will feature the use of ‘humble’ ingredients like beetroot and pumpkin, but given Michelin-star makeovers (201 Tooley Street, SE1 2UE. 020 7183 2117; www.restaurantstory.co.uk).

A taste of spain

The big story in 2013 is the Basque region of Spain, which offers a different facet of Spanish cooking. Two launches to look out for are Ametsa with Arzak Instruction and Bilbao Berria. Ametsa comes from the team behind Arzak in Spain, regularly voted one of the best restaurants in the world. Elena Arzak herself has brought a team from the three Michelin-starred restaurant to The Halkin hotel. This is a very high concept restaurant, with simple names like ‘lamb and coffee’ hiding fascinating flavour combinations (Halkin Street, SW1X 7DJ. 020 7333 1000; www.comohotels.com/thehalkin).

Bilbao Berria is an established brand in Spain, offering luxury pintxos (Basque tapas). Its venture into London sounds very exciting, as it is teaming up with MasterChef winner Ash Mair to create a two-floor eaterie. One floor will house a bar and pintxos zone, the other will feature an à la carte menu of classic and modern Basque dishes (2 Regent Street, SW1Y 4PE. www.bilbaoberria.com).

While we’re talking about the world-famous Nobu, Kensington hotspot Yashin Sushi (run by an ex-Nobu chef) is expanding into Knightsbridge in time for summer (117-119 Old Brompton Road, SW7 3RN. www.yashinsushi.com).

The British have always loved tea and in 2013 it’s more popular than ever. HKK London, the beautiful new Cantonese restaurant from the Hakkasan team, features a tea trolley offering different infusions appropriate to each stage of your meal (Broadgate West, 88 Worship Street, EC2A 2BE. 020 3535 1888; www.hkklondon.com).

And don’t forget to visit The Lanesborough hotel, home to the UK’s first tea sommelier and winner of The Tea Guild Award of Excellence for the last four years (Hyde Park Corner, SW1X 7TA. 020 7259 5599; www.lanesborough.com).

FIVE DINING TRENDS YOU WON’T WANT TO MISS THIS YEAR

It doesn’t matter if you are eating a falafel, sushi or Brazilian barbecue, the continued interest in locally sourced ingredients places seasonal produce at the centre of many menus. Try the exquisite turbot sashimi at London’s only Kyoto restaurant, Umu, which comes from Cornwall (Umu London, 14-16 Bruton Place, W1J 6LX. 020 7499 8881; www.umurestaurant.com).

It’s not just the Balthazar Bakery offering a phenomenal range of breads, bagels and more – restaurants all over town are creating their own bespoke, artisanal bread.

Cupcake? No thank you

Cupcakes? In the past. Macaroons? So 2010. It’s all about gourmet doughnuts this year. St. John Bakery and The Riding House Café both produce sophisticated examples of this delicious treat, and now with Electric Donuts in Notting Hill offering tastes like maple bourbon and bergamot orange, 2013 may be the year we embrace this popular American pastry (Electric House, 191 Portobello Road, W11 2ED. 020 7908 9696; www.electricdonuts.com).

It seems like everyone is smoking these days. We don’t mean cigarettes of course: food. You can smoke anything, not just salmon, duck and oysters, but also vodka, fish roe… Try it at Lutyens, Hix, Blueprint Café and Blue Boar Smokehouse & Bar (37-45 Tothill Street, SW1H 9LQ. 020 3301 1400; www.blueboarlondon.com).

Burger and steakhouses may be popping up everywhere, but Thomas Wright of Jori White PR says: “‘man food’ will be particularly strong, but burgers will give way to ingredients like rotisserie chicken and handmade pizza.” Try it at Oblix, Franco Manca and fantastic new steakhouse MASH (77 Brewer St. 020 7734 2608; www.mashsteak.dk).